Melbury Construction Consultants specialise in giving sound advice to the construction industry to resolve a variety of contractual disputes that can arise during a project.

In the second of a three-part interview, Peter goes into detail about the Adjudication process and the benefits of this service.

You have provided adjudication since 1999. What does this typically involve and how important is it to the clients you work with?

In 1998, the Government introduced what was called the Housing Grants Construction & Regeneration Act 1996 and one of its objectives was to introduce the concept of statutory adjudication for all qualifying construction contracts.

What this typically involves is a client contacting us – usually with payment problems –  we will look at their case and prepare an adjudication for them.

When the preparation work is complete a notice of adjudication is issued. Seven days later an adjudicator has to be appointed and 28 days from the end of this the adjudicator issues his decision which is binding in the courts. The period can be extended but not usually by very long.

That is a huge part of our business and the service we provide for clients.

Are there any specific challenges you face with this service?

Yes, there are. Although it’s a relatively common occurrence, vis-a-vis we’re dealing with it all the time, there are a lot of clients who come to us that have never experienced it before. Their knowledge and understanding is consequently limited and we have to explain the process and give them a guiding hand.

Even then as the adjudication develops, the intensity and level of detail and volume of records they need as evidence for their case can take them by surprise – so we go to great lengths to explain this process to them. 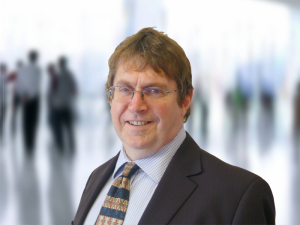 What are the benefits of this process to companies within the construction industry?

The benefits of an adjudication are best illustrated by explaining the alternatives. If, for example you have a claim for payment the alternatives are: do nothing – and you’re unlikely to get your money. The second alternative is to litigate or arbitrate, the key issues here are cost and time so if you’re going to take either of these routes for  a  relatively small dispute – £250,000 – that could take the best part of 18 months and cost quite a lot of money in that time.

It also opens you up to the liability of the other side’s costs if you lose the case. So there are formidable hurdles that would cause the party to really think about whether they wanted to go down that route.

The Construction Act was brought in to provide an alternative to those two options.  For example, the adjudication process is normally over in 28 days. You don’t get exposed to the risk of having to pay the other party’s costs and because of the quick timescale, costs are modest by comparison.

What we find is that in the vast majority of cases, once a decision has been issued, the parties treat it as a final settlement between them and don’t carry on to litigation.

The process is designed to aid cash flow.

Going back historically, in the early 1990s, a man called Sir Michael Latham was commissioned by the Government to look into cash flow problems in the construction industry and he identified the dispute resolution process as being a major problem because, before the Construction Act, typically you couldn’t start arbitration or litigation until many months after a job had finished.

This meant that if you were a subcontractor at the early stages of a job and you finished your work within the first three months of a project, you might have to wait two years for the project to be finished and another six months after that before you could actually start the process of resolving the dispute. The Construction Act was brought in as a remedy to these issues.

Do you think the work you do within adjudication sets you apart from any contemporaries?

I think the main point to make here is that we understand the legal aspects of construction adjudication as well as the quantity surveying aspect. What we will do is look at a client’s case, carry out a risk assessment for them with regard to the likelihood of success, advise them on the result and whether they need to provide better information/records to support their case.

We then put together the legal argument that sits on top of that case. So what we provide is a fairly seamless approach to the resolution of our client’s dispute.

The alternative is for there to be several disciplines working together to represent one case. We see this often and it can lead to contradictions in arguments that we feel able to exploit for our clients.

As construction industry specialists we try to look at it right across the board. For instance, if somebody comes to us and wants to adjudicate an interim application for payment, we will look at it and if they haven’t provided enough detail to persuade an adjudicator, we will tell them.

We provide a holistic approach to a client’s case.

View the original article on the UK Construction Media website